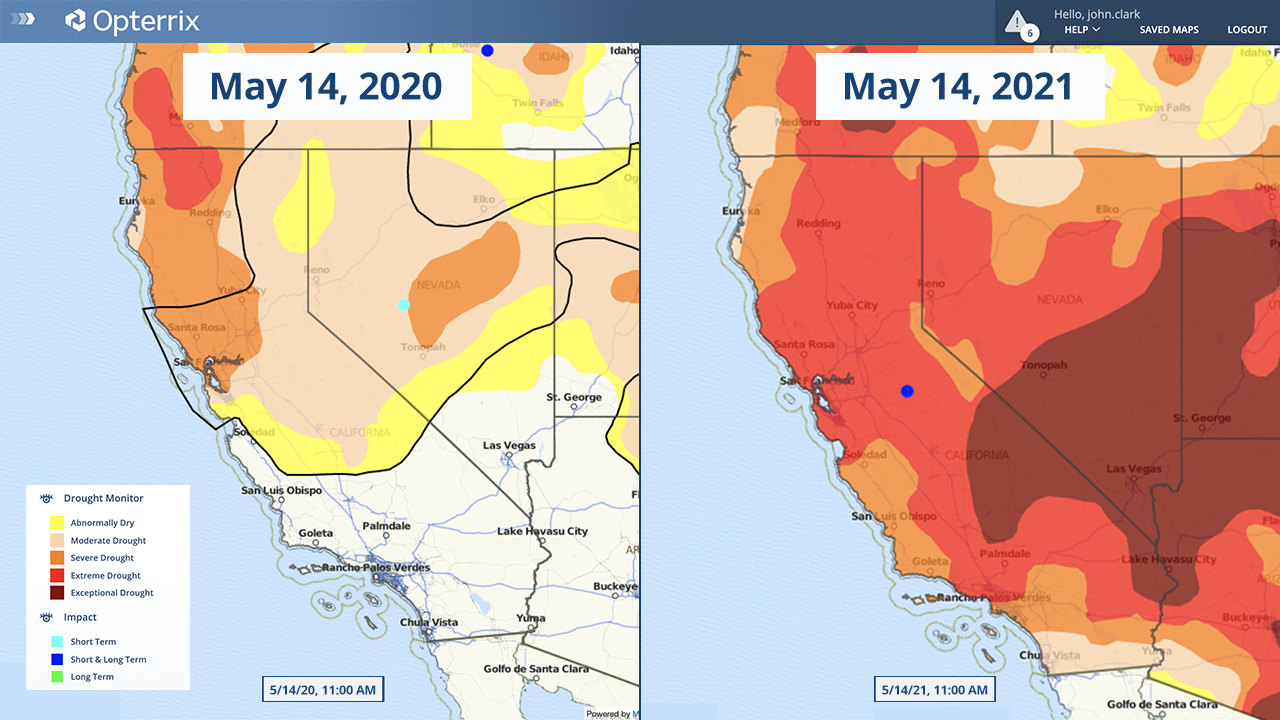 100% of California is in moderate drought or worse, a phenomena that hasn’t occurred since 2014. This news couldn’t come at a worse time, as the state is bracing for another dry and hot summer.

The U.S. Drought Monitor stated via Twitter, “Drought also intensified, with exceptional drought now covering 14% of California, up from 5% the week before.”

2020 was the worst wildfire season in California state history. This year looks like it could be even worse. According to CalFire, there have been more fires and acres burned this year than the same time last year.